The Newsletter Audacity of Hope 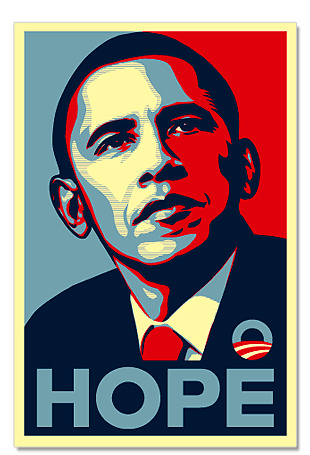 Today is the first anniversary of Barack Obama's election victory.

Now don't worry. I'm not going to launch a political rant about President Obama's qualities - or lack of them.

But you remember his slogan: Yes We Can.

It's often said that the two most powerful motivators are fear and hope.

Just think of all the fear that bombards us: Fear of swine flu. Fear of terrorism. Fear of losing all our money on the stock market.

We're saturated by fear because fear sells. CNN and the other news networks, for example, thrive on it. They know that fear keeps us glued to the TV.

I don't know about you, but I don't want to be in the fear business.

It's kind of depressing.

Instead, I'd rather be in the hope business. Just like Mr Obama.

And I'll tell you what. When we're bombarded everyday by fear, a little bit of hope is a real tonic.

So make your newsletter about hope, not fear.

Be a bright spot in people's lives by bringing them a smile instead of a grimace.

They'll love you for it. And they'll look forward to more of the same in your next newsletter.

This is one of my 30 Days, 30 Emails messages. To get them delivered to your inbox, go here.

Posted at 11:45 AM in Newsletter Success Secrets | Permalink

The comments to this entry are closed.